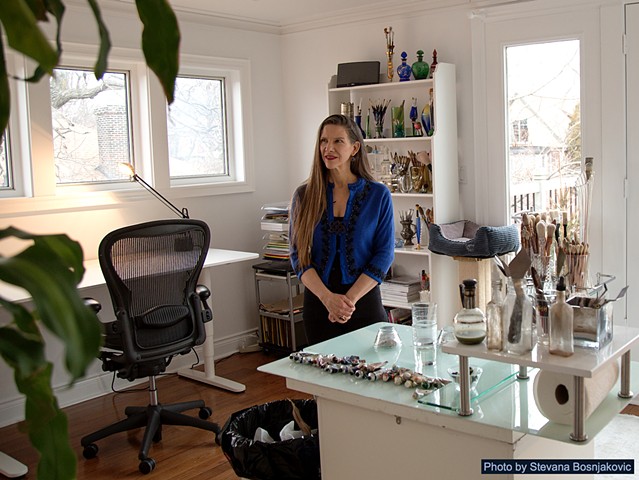 Kelly’s transition from wearable art to drawing and painting began in the mid-1990s. Since then, her work has been influenced by iconic women’s clothing in contemporary pop culture, traditional forms of Japanese figurative woodcuts, medieval French architectural details, the emotionally-charged colours of Mexico and, the richness and abundance of Africa’s animals and foliage.

Kelly has worked from studios in California, Mexico, France and Kenya. She currently paints and draws from a bright space overlooking Toronto’s High Park… a promising spot to be inspired.